Well, she’s back. I pretty much knew this was all we’d get to see of Tamara today, but it was sufficient to make me smile. I love that she’s back and I know Tamara will be on for a limited run, but we’ll make the most of it and hope they don’t kill her off so we can expect Ava back in Salem again. And didn’t she look amazing? I’ve always loved the wardrobe this show chose for Tamara as Ava. So much a part of the character and Tamara works it to the hilt. I also loved the femme fatale glasses. I’ll be doing what I’ve been doing on my Stephen Nichols site in putting in a featured image.

Finally something of Tamara from her return to DAYS OF OUR LIVES. I have a video of the show’s 50th anniversary, plus the first look of Ava in a scene with a grown up Joey Johnson played by cutie pie James Lastovic. The last time we saw him, if you’ll remember, was on Ava’s cellphone when she went to the neo-natal intensive care ward to get the photo for Kayla (Mary Beth Evans). This time we see a sixteen year old young man. Why am I thinking Ava will be a bit of a Mrs. Johnson to Joey’s Graduate? Video and screencaps to follow.

Busy, busy, busy today. With Tamara’s DAYS OF OUR LIVES co-star Stephen Nichols returning to his iconic role of Steve “Patch” Johnson today, to these today, I’m really busy. I have five new images from an event Tamara attended in early August. Sorry I didn’t have these up then, but I couldn’t get them till now. Enjoy. By the way, I’m screencapping Stephen’s DOOL episodes, so if you’re a fan, please feel free to go over to STEPHEN NICHOLS ONLINE and take a lookie. Here’s hoping Steve and Ava have some scenes together when Tamara makes her debut.

Some things have been going on behind the scenes you might not be aware of, but I’ve been mulling something over in this brainium of mine and I decided something that I think you’ll all be very happy about. This decision has to do with something you guys have been writing to me about for a while. That thing is, I’ve decided to reactivate the two media sites I had on Tamara. So what does this mean, exactly? It means that for right now I decided to get the soap opera site back up and running first. It’s taken the better part of the week to get all the bugs worked out and tonight I finally got those exterminated and the site is now back up. Right now there are no new videos added. What is up there now are some episodes of Tamara from ALL MY CHILDREN as Reese Williams, and the majority are of her as Taylor Raines Walker from her second go around on DAYS OF OUR LIVES. My main impetus currently is to get all her work as Ava Vitali up considering her upcoming return in December…oh why does that have to be so damn far away? I hope you will be happy of this decision as I know I’ve had a lot of emails regarding this. So enjoy. Just click on the banner below to go there. If you want to know the whole story surrounding the reasons why the media site went down, please feel free to go to this link ABOUT OBSCURE MEDIA to read.

As we all know, Tamara is returning to DAYS OF OUR LIVES in her Emmy Award Winning role of Ava Vitali. Here is an article from Soap Opera Digest about her return.

Tamara To Return To “Days” As Ava Vitali

Good news. Tamara is returning to television, this time back to DAYS OF OUR LIVES as her Emmy Award Winning counterpart Ava Vitali. According to various sources, Tamara has already begun filming her scenes June 17. Her first airdate will be on the December 9, 2015 episode. I know, why so far away? It’s due to the soap’s advanced filming schedule. So we have to wait all that time to see her back as the hopefully back from insanity Ava, though she was the last time we saw her when she left the DiMera mansion. So are we thrilled? I know I am. Here’s hoping this spells the beginning of Tamara’s return to us. We’ve missed you Tamara. 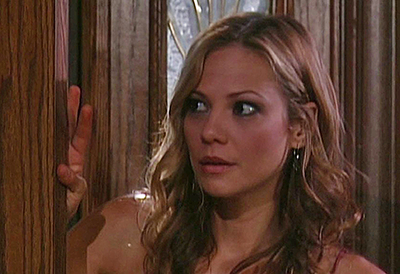 One of Salem’s most unpredictable residents is popping back in for a visit.

Tamara Braun, who portrayed Mafia princess Ava Vitali on Days of Our Lives in 2008, will return for the soap’s upcoming 50th anniversary.

Emmy Award-winning actress Tamara Braun is returning to NBC soap opera Days of our Lives in December as Ava Vitali, according to TV Insider, who describes the character as “a pill-popping mob spawn who split town rather than face trial for sabotaging an airplane, an act that led to the death of Grandpa Shawn and two others.”

Braun began shooting June 17 and show up on screen December 9.

Braun also briefly appeared on Days in 2011 as Nicole’s sister, Taylor Walker. Her other daytime roles include hellcat Carly Benson on General Hospital and Reese Williams on All My Children.