Tamara attended the 49 Annual Daytime Emmy Awards this evening wearing what could be considered a peachy kiss of sunshine. She looked radiant as always. She posed for photos on the red carpet with DAYS OF OUR LIVES co-stars Stephen Nichols (Steven “Patch” Johnson) and Thaao Phenglis (Tony DiMera). I’m going to say it yet again, Tamara and Stephen look amazing together. I really wish Ava and Steve were given a shot. There were tons of missed opportunities with these two. 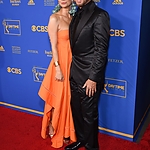 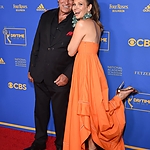 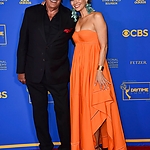 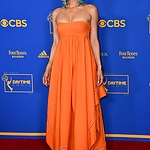 Tamara looked stunning in a gown designed by Rita Vinieris. As always Tamara looks beautiful no matter what she wears. I loved the plunging neckline and the peak-a-boo cut-outs. Another set includes some from the Daytime Emmys Press Line. Tamara is seen with GENERAL HOSPITAL and DAYS OF OUR LIVES co-star Wally Kurth (Ned Ashton, GH; Justin Kiriakis, DOOL) and others. 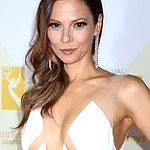 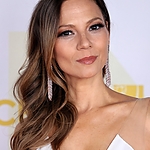 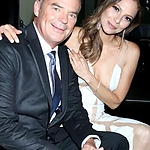 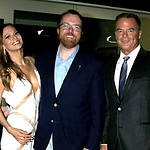 Some event images for you. The first is Tamara participating in NBC’s DAY OF DAYS Q&A with Galen Gering (Rafe Hernandez), Camila Banus (Gabi Hernandez), and Brandon Barash (Jake DiMera). 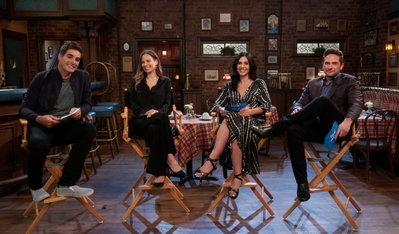 Tamara Braun Online Media Is Back

Good news! The TAMARA BRAUN ONLINE MEDIA section is back. All videos have been restored and for the most part are working. If you should encounter any issues, please feel free to contact me. When you do please, please, please include the url of the video and what was happening. If you can provide me a print screen of what the error was so I know what to look for. You can contact me on the CONTACT & FEEDBACK page. There is an attachment link there. Again, please try to include this. It makes my job easier to find the problem. I’m also working on the revamped press section as well as getting a filmography in place. Busy, busy, busy.

I know it’s been a long time no see. I also know the site for a long time was basically in a jumbled mess in terms of pictures not showing in the gallery, videos not playing, the media section down completely, the press section not working, etc. Last year I was informed by my former host that my account would be terminated due to how large this and other sites of mine grew to. This despite the fact I was paying them for the space. I had to then find a new host and transfer the site. Given how big this one is with all the components, it was a daunting task. One I wasn’t looking forward to. Apparently once portions of the site were moved, the new host had a failure on one of the servers. The one this one was on. I had to reupload from the backup I had and nothing was going right including the connection from my laptop to the server. Did I say ghosts in the machine? The site remained dormant for this time.

With Tamara’s work on DAYS OF OUR LIVES as AVA VITALI a daily event, I became burned out with trying to keep things up-to-date, and my recording device died on me. Also I just cannot get into soaps anymore. I know that’s Tamara’s bread and butter, but I can’t take all the demon possession storylines, and if truth be told I don’t like her storyline. Running a site has its pluses and minuses, and one of those minuses is when the webmaster doesn’t like the thing the subject of the website is on. Namely: I don’t like Ava being out of Steve’s sphere. Plainly I’m an Ava and Steve shipper. I want them to have been given a chance and I’m tired of the “Ava raped Steve” stuff. I don’t like that Ava’s backstory has been shifted around to the point it makes little sense for the actual timeframe she’s been on. I know that’s the nature of soap operas, but at some point they’ve got to make sense. Otherwise it’s a lot of eye rolling and holding ones nose. Another thing that has taken up a lot of my time is I’m writing my first novel. The researching has taken a lot of time and I’ve also been battling a health issue not COVID related, and some personal issues I will not go into.

Now onto the update: I’ve managed to get the main site and gallery back up. Everything is all smoothed out and working normally. I’m in the process of trying to get the media/video section back up and working. I’m having to upload the videos in batches because the server times out if I try to do them all at once. I hope to have the media section back up within the next few days. I had an issue with trying to get the online content software working hence the on-again-off-again nature of that section. I’m in the process of transferring the press section to a different method based on the rest of the site and the new theme I’m using throughout. This will make the site a little more streamlined and make my job a little easier. This again will take some time, and I’m sorry about that. I’m also trying to establish a good filmography section that will take into consideration Tamara’s full body of work.

That’s about it for now. My apologies for not having been present and for not updating you on the status of the site. I hope this helps to try to explain what’s been happening. As for now, take care and be safe.

On behalf of TAMARA BRAUN ONLINE I want to wish Tamara the happiest of birthdays. Not going to mention how old she is, it’s not polite to ask a woman her age. Here’s hoping she’s spending the day with those she loves including her adorable pups Little and Pearl.