A couple years ago a project showed up on Tamara’s IMDB page called KOMBUCHA CURE. It looked like it was going to be a film, however, I just found out it has been converted to a series. The first official trailer has been released. I have screencapped Tamara’s parts in it for you. I will post when I know more about where and when the show will air. 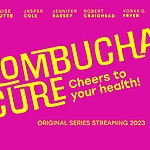 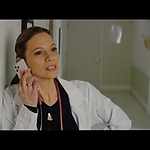 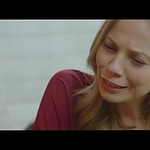 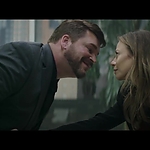 Tamara Braun Online Media Is Back

Good news! The TAMARA BRAUN ONLINE MEDIA section is back. All videos have been restored and for the most part are working. If you should encounter any issues, please feel free to contact me. When you do please, please, please include the url of the video and what was happening. If you can provide me a print screen of what the error was so I know what to look for. You can contact me on the CONTACT & FEEDBACK page. There is an attachment link there. Again, please try to include this. It makes my job easier to find the problem. I’m also working on the revamped press section as well as getting a filmography in place. Busy, busy, busy.

I have finally been able to get Tamara’s film DEAD TRIGGER: UNKILLED. After about four times in going through and screencapping, and as many times trying to clip it up for the media section, they’re done. The film is based on the first person shooter game Dead Trigger about the zombie apocalypse and her company’s attempts to stop the virus by developing a video game to try to solve the problem. Tamara plays the role of Gloria Russo. She is not a nice one in this. In fact she’s downright evil. I’m reminded of her role as Claire Dunning in THE PRETENDER episode Murder 101. This role is what perhaps Claire would be in the corporate world. Not promising if you ask me. She looks amazing as always, and her wardrobe is to die for. Please hit the images below to get to the relevant sections for the screencaps and media clip.

In case no one was able to see Tamara’s brief appearance on THE ROOKIE, I’ve clipped it up and am posting it here. If you’ve seen Nathan Fillion before, Tamara guest starred on his former show CASTLE where she played the character Natalia Roosevelt. You might remember that killer red dress she was wearing and the copious tude she was copping. I’ll have more to say on the status of the site afterwards.

Edited: I’ve removed the clip and placed it over in the Media section. You’ll find it there now. I’m also including here the screencaps from the episode, finally. Click on the links.

Not much of our girl today. She’s been missing in action since the 25th of April and this is all we get? I’m going to state again why bring her back to play a character who the writers clearly have no interest is developing beyond just hanging around at Charlie’s and chasing after Julian (William deVry)? The one thing we know now is that I’ve added a new project of Tamara’s to the sidebar. Apparently she’s been off filming a pilot for a new series either for television or streaming a la Netflix. The series is THROTTLE and Tamara’s character’s name is Kate Smith. So far she’s filmed one episode and the pilot is scheduled to air/stream in 2019. I’m going to keep an eye on this title for any new news on it or whether it will go to series. Here’s hoping it does as Tamara looks like she’s a main character. Quite frankly I’d rather see her in a series rather than being wasted on this show. Sorry for being the Debbie Downer but it’s been so frustrating to see her largely play crowd scenes in other people’s stories considering as Carly, Ava, Reese and even Taylor she was driving her own stories. It just seems to me Frank Valentini and the writers wanted her back for her fans eyes, rather than giving her fans what we want.

Finally is December 29th’s clip, short as it may be. Overall I thought Tamara was really good, though I’m getting a little tired of her lack of airtime. I’m hoping they start ramping up her story soon.